There are many types of bird flu. Since 2020, H5N8 bird flu has occurred in many countries around the world. It is understood that last year, H5N8 bird flu epidemics have occurred in Norway, South Korea, Britain, Hungary, Sweden, Israel, Japan, Iran and other countries. In the first month of 2021, many wild geese, crows and ducks have tested positive for avian influenza across India. To this end, the Indian government has begun culling thousands of poultry.

The analysis found that the H5N8 subtype avian influenza virus in this epidemic belongs to the same branch as the H5N8 virus circulating globally in 2014-2015, but the virus has undergone major mutations. The H5N8 outbreak that started in Europe this time was mainly caused by wild birds, and migratory birds played a major role in the global spread of the avian influenza virus. 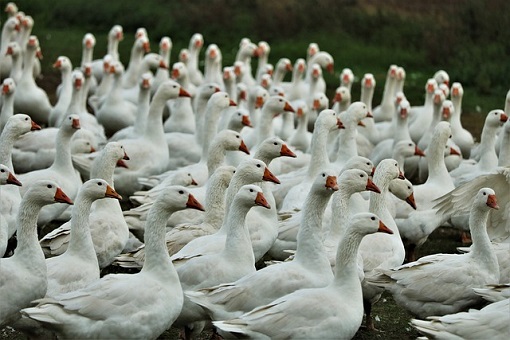 When an epidemic occurs, in order to prevent the spread of the epidemic, live poultry in the farm where the epidemic has occurred should be culled in time, the carcass should be destroyed, the relevant premises should be thoroughly disinfected immediately, and the farm should be isolated for a certain period of time, and it is prohibited Exchange of goods and people.

3 kilometers around the infected chicken farm should be defined as an isolation zone. The surrounding 10 kilometers should be closely monitored, and all poultry in the surrounding 50 kilometers area shall not be raised in the open air. In addition, on coasts and lakes where migratory birds are infested, farms must also keep poultry indoors to prevent infection. It is also necessary to strengthen the monitoring of the health of people who have been in contact with sick poultry to prevent the spread of the epidemic.

Although the H5N8 avian flu has not been found to infect humans, many people are still a little panicked after hearing the epidemic. Many people are worried about whether eggs can be eaten during the period of bird flu? Will chicken flu be caused by eating chicken?

In this regard, experts pointed out that eggs can of course be eaten, but pay attention to the temperature control of cooking. The avian influenza virus is sensitive to high temperature, ultraviolet rays, and various disinfectants, and is easily killed. The virus can be destroyed in one minute at 100°C, and inactivated in five minutes at 70°C.

Eating chicken is generally not contagious, because there are species differences between humans and poultry, which is difficult to break through. There are conditions for humans to get avian flu. First, it is possible to get the flu with special variability. The second is a history of eating or contacting sick or dead poultry infected with specific influenza viruses or indirectly contacting sick or dead poultry.

Avian influenza generally occurs in spring and winter. It is suggested that people:

What is the Best Black Tea?