Thanks to advanced agriculture technology, Israel is able to develop agriculture in a hostile environment. Israel is a Middle Eastern country located in the southeast of the Mediterranean Sea and also has the highest level of economic development and human development index in the Middle East. 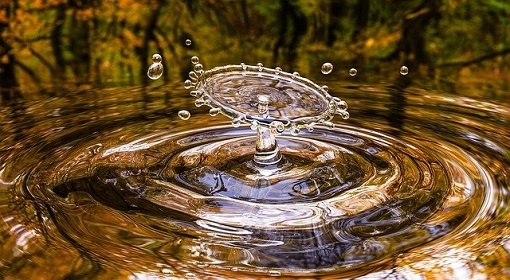 Today, Israel's farmers account for only 3% of the population, yet they successfully feed the country's 7 million people. Israel is also able to export plenty of agricultural products and is known as the vegetable garden and kitchen of Europe. These clever Jews create this "desert miracle" mainly by 4 advanced technologies: drip irrigation, pest control, breeding technology, and advanced agriculture technology education

It is very difficult to grow food in the desert, and the water shortage is very serious. Therefore, the first thing Israel needs to do is to increase and save usable water and make full and reasonable use of every drop of fresh water. Pipes are used to diverting water to form a network, and water sources are obtained through saltwater desalination and multi-channel water collection, and then the agricultural water consumption is controlled through a computer micro-irrigation system. Drip irrigation is an irrigation method in which water with a certain pressure is filtered through the pipe network and the outlet pipe (drip irrigation belt) or dripper in the form of drops of water slowly and evenly into the soil near the roots of the plants. The benefits of drip irrigation are amazing: one is to save precious water resources. In the traditional method of watering the field, 85% of the water is evaporated in vain and not absorbed by the crops, while underground drip irrigation can greatly increase the water utilization rate to 95%. The second is to invisibly save labor costs. After the pipeline is laid, the irrigation of a large amount of farmland will be controlled by a few farmers through smart equipment.

At the same time, Israel has not spared other water-saving measures. For example, to collect limited rainwater, it has developed a tool that can make small holes in the ground so that the rainwater will not be lost when it rains. This alone can make wheat yield per hectare increased by 500 kg. Israel’s seawater desalination technology is also at a world-class level. It only takes 45 minutes to desalinate seawater into potable water. First, sand and gravel are left at the bottom of the filter tank by precipitation, and then coagulants are used to separate the seawater. The microorganisms, finally, use special high-pressure pumps to pump seawater to the most critical reverse osmosis system and then obtain fresh water. Moreover, the cost of seawater desalination in Israel is the lowest in the world. The lowest cost of desalination of one cubic meter of seawater is only 0.5 U.S. dollars, and the highest is less than 1 U.S. dollar. Advanced agriculture technology and ultra-low-cost allow Israel to use seawater on a large scale. 70% of Israel’s drinking water comes from desalination. In addition, Israel's sewage treatment technology is also at the forefront of the world. They make full use of wastewater, sewage, salt water, and seawater to produce purified water. The Israelis also use artificial rainfall, using aircraft and ground generators to increase rainfall by an average of 15%. Since the founding of the state, Israel’s agricultural production has increased 12 times, while the water consumption per hectare of land has remained unchanged. This cannot but be said to be a miracle.

Israel used to be the world's largest producer of common agrochemicals. In order to protect the environment, they have made great efforts to develop biological pest control technology in agriculture and breed biological natural enemies that can destroy certain pests without causing damage to the crops themselves. One farm has developed a species of spider that eats small bugs that destroy strawberries, and this spider is now exported to California. A biotech company has developed bacteria that can deal with powdery mildew and can destroy warts. Another company has even developed a polyethylene film that can produce ultraviolet light to stop insects. They also use fine-perforated nylon nets to effectively prevent pests from flying into greenhouses. 85% of the citrus barrel plantations in Israel have now implemented integrated pest management, using natural organisms such as wasps or other insects to combat pests and minimize the use of chemicals. 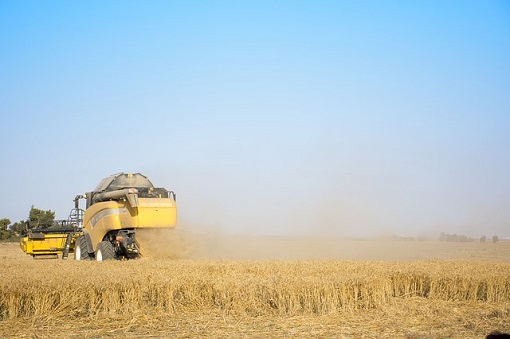 Israel pays great attention to cultivating the excellent plant and animal varieties, and its superb biotechnology has helped Israel create the most advanced breeding technology in the world. The tomatoes they cultivated are bright in color, have long storage and fresh-keeping period, and have good commercial properties; seedless watermelons can be cultivated for individual and color control according to customer requirements; Holstein cows, which have the largest milk producer in the world, are bred by genetic engineering New varieties of flowers have been cultivated by bioengineering; various hybrid cotton has been cultivated. This type of cotton not only has longer and stronger fibers but also has a higher yield. At the same time, it can reduce the demand for water. In terms of fish breeding, Israel is also a world leader; the Israelis have also found a way to reduce the fighting among laying hens and develop a kind of poultry imitation products that stimulate poultry to attack it and increase egg production. has seen an increase. Israel has also cultivated a variety of seeds that can resist disease, improve quality and yield, and require very little water in hot climates. Now Israel exports 30 million US dollars worth of seeds to the world every year. In Europe, 40% of Tomatoes grown in greenhouses use seeds developed and produced in Israel. In some countries, the proportion is as high as 98%.

With the support of a highly developed scientific research system, the cultivation and production of new crop varieties in Israel are very active. Generally speaking, a new product has a life cycle of three to four years, after which it will be replaced by another newly launched product. It takes an average of 5 years from development to commercialization of a new product. Therefore, before one product goes on the market, the research and development of another newer product have already begun. Step by step, innovation and innovation have made Israel's new varieties of technology always in the leading position in the world. Professor Shmuel Wolf from the Faculty of Agriculture said that through plant engineering, genetic engineering, hybridization, genetic modification, and other science and technology to improve fruit, vegetable, and flower varieties so that they can adapt to the natural environment such as the climate, soil, and water in the desert area, Israeli agricultural experts are highly targeted in researching issues. The high degree of specialization. All projects and scientific research topics must be aimed at solving practical problems.

Israel also attaches great importance to improving the quality of agricultural workers. As early as 1870, an agricultural college was established in Tel Aviv, where agricultural faculty and tutors carried out advanced agriculture technology research and helped many early Jewish settlements plant experimental crops. Since then, agricultural research institutions have continued to develop.

Today, Hebrew University (Rehovot campus), Baylan University, Tel Aviv University, Weizmann Institute of Science, Ben Gurion University (Negev campus) also have many subordinates who are doing research related to advanced technology in agriculture. Their main force is the research organization of the Ministry of Agriculture, which undertakes 3/4 of agricultural scientific research. It has research institutes of agricultural technology, soil, and water, planting, animal, horticulture, crops, storage, etc., forming a system of close cooperation between scientific researchers, technicians, and farmers, So that the rapid popularization of scientific research results. At present, Israeli farmers with a university education or above account for 47% of the total, and the lowest is also high school education. They can quickly master new agricultural technologies in specialized vocational training. In the end, 2.2% of the farmers fed all the people. The success of Israeli agriculture has set a good example for countries in the world, especially desert countries, and provided a lot of valuable experience.

Under the harsh environment with a small available area, Israel is still one of the only developed countries in Asia. Only 50 years after the founding of the country, a highly developed country was established on this barren land. Modern agriculture, and as the backbone of the national economy, agriculture plays a vital role. It is not only self-sufficient in food but also continuously exported. It is known as the "smallest superpower" and feeds 750 people with 2.2% of the agricultural population. Ten thousand people, food self-sufficiency rate reached 96%, is a world-recognized agricultural technology power, known as the land of the desert to build "agricultural power" miracle, to achieve sustainable agricultural development.