The global output of cherries is mainly concentrated in Chile, New Zealand and Australia. Among them, Chile accounts for nearly 90% of the cherries sold to the Chinese market every year. In previous seasons, cherries sold for at least 500 yuan (77.3USD) per carton, but now they only cost about 200 yuan (30.9 USD) per carton. 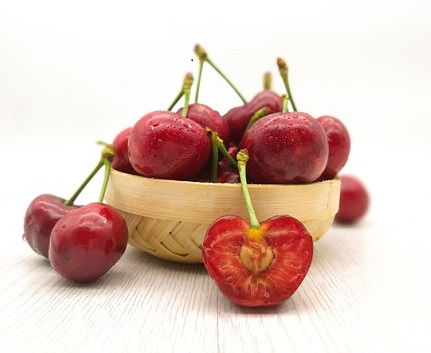 Why are cherries so expensive in China?

According to the standard, the cherries used for export cannot be too small or too big. In order to save labor cost, cherries that are too small are not collected, and cherries that are too large have no export value because of their scarcity. For Chileans, cherries are not a valuable thing. Therefore, it is not how expensive the fruit itself is, but because the fruit is basically imported. After the cost of transportation and cold chain refrigeration is added to the fruit, it will naturally be more expensive than the local fruit.

Why the price dropped this year?

Affected by weather conditions and production factors, the price of cherries fluctuates greatly. Chile's cherries output has increased by 30% this year, and sufficient supply is an important reason for the current decline in cherries prices. Affected by the pandemic, only the Chinese import market is operating normally in the world. Chilean cherries are on the market in large numbers, with more and more imports, the price naturally comes down. Previously, due to the high price of cherries, the average price of cherries was 150-180 yuan per 500 grams. Compared with other fruits, many people can't buy them wantonly. Those who live well and don't have to worry about expensive prices when buying cherries are called "cherry freedom" by Chinese netizens. The sharp drop in the price of cherries has allowed more people to realize "cherry freedom".

First of all, let’s talk about grading. Just like other products can be graded based on the origin or production environment, etc., cherries are also classified into three to five grades. The grading basis is mainly based on the size of the fruit, while referring to regional differences.

An important indicator of this grading is "J", which is the fruit diameter. The more the number of "J", the larger the size of the cherries. Diameter of 25~27mm is J, 27~29mm is JJ, 29~ 33mm is JJJ. If you want to know the grade when buying, you can find it on the label on the box.

In addition to size classification, there are also many different varieties of cherries. Common ones are: Lapins, Kordia, Brooks, Bing, Santina, Rainier, etc. The most common one is Kordia with the highest quality, followed by Bing, then Santina, and finally Labins.

Each category has different tastes, colors, market cycles, etc., but it is difficult to select specific categories when buying. Different varieties of cherries are often bought.

In addition to the variety, the color of the fruit is usually marked, usually with three labels of L, R, and D.

L is light-colored fruit, which is slightly sour.

R is red fruit, which tastes sour and sweet.

How to pick cherries in supermarket?