Alpacas originally originated in North America, native to Peru, Bolivia, and Chile in South America. They are the hybrid offspring of guanaco and vicuña, and have been domesticated artificially for more than 6000 years. Alpaca is a typical animal in the Andes Mountains of South America, mainly distributed in Peru, Bolivia and Ecuador. In addition to wild species, there are a considerable number of domesticated breeds. In the 1980s, alpacas began to be exported to other countries for farming. Today, alpacas can be found in countries such as the United States, New Zealand, Australia, and the Netherlands. Alpacas have some similarities with camels, but also some characteristics similar to sheep. Indeed, an alpaca is a bit like a camel. For example, it has a long neck, fleshy hooves, and a similar walking posture. It also has a water sac in its stomach and can stay out of water for several days. 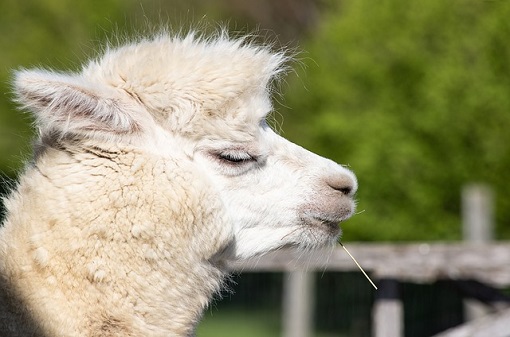 Both alpacas an llamas are camelid animals. However, there are certain differences between alpacas and alpacas, as follows.

Different sizes. Compared with the size of alpacas, llamas are generally much larger than alpacas.

Different ears. The ears of llamas are longer and a bit curved, while the ears of alpacas are shorter and straight.

Alpaca is a kind of herbivorous animal with unique economic value for both wool and meat. Its productive properties are mainly in the areas of wool, meat, skin and milk, with alpaca wool having the highest economic value.

Alpaca wool is famous for its unique quality and color. Alpaca wool has excellent thermal and abrasion resistance, which is 30% higher than merino wool and four times more resistant than merino wool. Alpaca wool has 22 natural colors and does not lose its luster when dyed, making it suitable for wool spinning or worsted processing. Each alpaca is generally sheared once a year, and the average shearing capacity of adult alpacas can reach 3 kg. Its toughness is twice that of sheep's wool, with no fat, few impurities and a net fleece rate of 90%. The fashion made of alpaca wool is light and soft, comfortable to wear, drapes well, does not wrinkle, does not change shape, and is favored by European, American and Japanese consumers. Alpaca fur can be used as a higher grade substitute for wool. At the turn of the 20th to 21st century, alpaca wool textiles are in demand in the international market.

Alpacas have a life span of about 15-20 years. Each alpaca can produce 3 to 5 kg of fleece a year and shear once a year. Fleece sells for $64 to $256 per kilogram. Each alpaca is worth up to US$30,000. The demand for alpaca wool in the international market has increased. Japan is the world's largest consumer of alpaca wool, and its import amount has exceeded the traditional European market and paid the highest buying price; South Korea and Hong Kong are also big consumer markets. Therefore, many breeders are optimistic about the development prospect of alpaca.

However, there is a shortage of alpaca goods, mainly due to the restriction of export from the country of origin. Peru has more than 3 million alpacas, accounting for 70% to 80% of the total number of alpacas in the world, but the export is restricted. Chile only allows the export of 300 alpacas per year. And a few origins such as Australia and the United States can only put a small amount of supply to the international market every year. Secondly, alpaca reproduction is slow, only one lamb is produced by ewes every year, and the embryo transfer technology has not been successful. It is predicted that the demand for alpaca wool will continue to exceed supply for a long time. 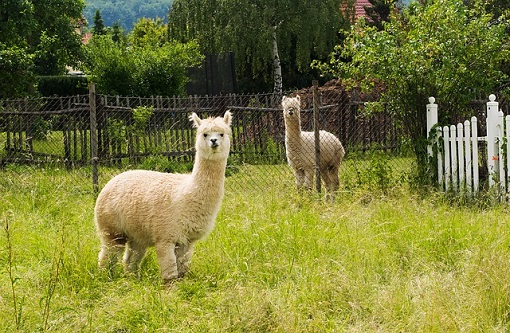 How much does an alpaca cost?

What environment is suitable for raising alpacas?

Although the alpaca itself is cold-resistant, in the case of extremely cold weather, people still have to take measures to keep them warm, and the design of the alpaca shed must also meet the function of heat preservation and wind protection. They are more afraid of heat than cold, especially with their thick fleece. Therefore, when building alpaca sheds, you must ensure that they are well ventilated so that they can be cooled down in time during the summer. In the choice of address, you must also choose the kind of place away from the residential area, to give them a quiet and clean environment is the best.

According to the American Alpaca Association, 2-8 alpacas can be kept on one acre of land. They will only eat the surface parts and will not uproot the grass, so alpacas are more suitable for grazing than most other livestock. All you need is a separate pasture and hay in the winter to keep them properly, or you can keep them in an orchard where the grass can provide them with plenty of food and also suppress the growth of weeds in the orchard. Their excrement can also provide natural fertilizer for fruit trees, which is a multi-benefit.

What do alpacas eat?

Alpacas eat mainly corn, leaves, grass, and other such vegetarian foods. Alpacas are also very fond of forage, and alpacas are more nutritious. Alpacas have a wider range of recipes, alpacas especially like to eat raw corn, but also grass, leaves, hay and crop straw. In addition, peanuts are one of the favorite snacks of alpacas. Artificial feed should also be added to the daily feeding of alpacas to increase their fitness.

How do alpacas reproduce?

Female alpacas are typically mated at 12 months of age, and American alpacas are typically 18 months. A healthy, reproductive female alpaca can give birth to one baby alpaca per year and can continue to breed for 15 to 16 years. Alpacas can conceive at any time of the year under conditions that induce eggs, and most mating is generally scheduled in the spring and summer to avoid winter births. Alpacas are singleton animals with a long gestation period (342 to 345 days) and a high abortion rate in the first month, resulting in a low reproductive rate in alpacas.