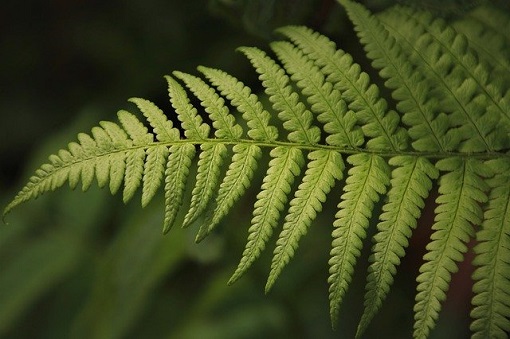 Brazil's forest decline has received widespread international attention because it is the world's largest and fastest disappearing tropical rainforest. Due to improper exploitation and unfavorable protection, Brazil's Amazon rainforest is being severely damaged, and the area of tropical rainforest is decreasing at an alarming rate, with the forest cover having been reduced from 80% to 58%, resulting in the destruction of plant and animal resources and causing a series of environmental problems such as soil erosion, heavy rainfall, drought and land desertification. Experts say this situation is a potential threat to species conservation and the balance of the global climate. Experts estimate that the loss of rainforest compared to the year 2000 amounts to 44,000 square kilometers, three times the Brazilian government's estimate. The rate of deforestation in the Amazon is alarming, with an average of one soccer field-sized forest disappearing there every eight seconds. The Amazon rainforest is currently suffering its second serious destruction in history, which has attracted close attention from Brazilian as well as international environmental organizations. According to satellite data, more than 20,000 square kilometers of forest have disappeared since August 1999. The worst deforestation in history occurred in 1995, when 29,000 square kilometers of forest was destroyed. To date, the total area of deforestation in the Amazon region has reached 582,000 square kilometers, an area larger than the entire state of Bahia, Brazil. According to the first monitoring data released by Brazil's National Institute for Space Research (INPE), total deforestation in 2018 was 4,946 square kilometers, while in 2019 it reached 9,166 square kilometers, a spike of 85%, so it became the highest in the last five years. total deforestation in Brazil in January 2020 reached more than 280 square kilometers, an increase of 108% compared to last year. This is the highest January deforestation area recorded since 2015.

In addition to fires caused by natural factors, the first reason for the massive forest reduction is the influx of immigrants into the Amazon region in recent years, which has caused a shortage of agricultural land and therefore widespread deforestation for farming in the peripheral areas of the Amazon. In addition, due to the lack of effective management, uncontrolled mining, road construction and housing construction are another cause of extensive deforestation.

Since 1990, soybean cultivation has become the main driver of deforestation in the Amazon rainforest. Since 2006, industry leaders have agreed to a moratorium on soybean cultivation on newly cleared land, as a result of the Greenpeace movement. From 1995 to 1997, Brazil's soybean exports jumped from $939 million to $2.46 billion, while soybean acreage in the Amazon rainforest skyrocketed by 10,000 square kilometers. This trend continued on a wild ride after the 2001 outbreak of mad cow disease in Europe and the total ban on animal protein feed for livestock. From 1999 to 2004, soybean acreage in the Amazon rainforest increased by more than 15 percent each year. As the world's second largest producer of soybeans, Brazil is certainly looking to export more soybeans to generate foreign exchange in the face of an extremely high demand in the Chinese market. The U.S.-China trade war has caused U.S. soybean exports to China to drop by 50%, which is certainly a good opportunity for Brazil.

In 1996, a turning point in the fate of the Amazon was reached, with the rate of destruction accelerating in just a decade, and then being effectively contained. In the spring of 1996, the outbreak of Mad Cow Disease, which kills people in the United Kingdom, was identified as the culprit, along with Meat and Bone Meal, which is added to feed from diseased animals. The crisis stemmed from industrial farming in Europe in the 1960s, when large-scale, high-density paddock feeding became widespread and feeds with large amounts of imported meat and bone meal were added to replace or supplement pasture to speed up cattle growth and increase the protein content of beef. However, mad cow disease has not reduced people’s appetite for beef, and market demand has not disappeared. With demand for soybeans with high protein content as a feed additive growing rapidly in Europe, Brazil, the world's second largest soybean grower, sees the opportunity. With relatively saturated agricultural land in the traditional soybean-producing regions of the South and Midwest, the vast and inexpensive Amazon rainforest was quickly looked upon.