On September 20, 2020, the Upper House (Rajya Sabha) of India's Parliament passed two key agricultural reform bills, the Farmers’ Produce Trade and Commerce (Promotion and Facilitation) Bill 2020 and The Farmers (Empowerment and Protection) Agreement on Price Assurance and Farm Services Bill 2020. In response, Prime Minister Narendra Modi said the reforms were a watershed moment in the history of Indian agriculture, ensuring a complete transformation of the sector and full empowerment of farmers' rights. However, the moment the two bills were passed in the Rajya Sabha, the scene was thrown into "unprecedented" chaos. 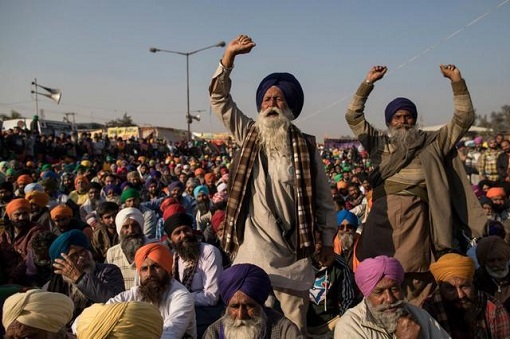 After India's independence, although the industrial and agricultural production has developed rapidly, its industrial structure, which is mainly agriculture, has not been changed. From the perspective of India's economic development history, agriculture plays a pivotal role in the national economy, and the growth rate of agriculture largely determines the growth rate of the national economy. As the second most populous country in the world, India's domestic agricultural production has been under pressure for a long time. For example, 66% of India's population was directly or indirectly engaged in agriculture in 2018. India's agricultural land and arable land occupies more than half of the country's land area, 11% of the world's arable land area, and a quarter of the world's agricultural population.

However, the level of modernization and mechanization of Indian agriculture is very low, relying mainly on human labor to cultivate the land, which is very dependent on natural conditions such as climate and rainfall, and is not sufficiently resilient to natural disasters, often suffering from floods and droughts due to the instability of the monsoon climate. 70% of the cultivated land is not irrigated and relies on rainwater irrigation, and in many places, cattle are still inseparable. Moreover, due to the failure of land reform, a large amount of land in India remains in the hands of a few people, and some small and marginal farmers (with less than half a hectare of land under cultivation) continue to lose their land and join the ranks of landless farmers.

The high share of agriculture in the overall economy and the low standard of agriculture make it necessary for India to generate foreign exchange through exports of agricultural products on the one hand, and to provide continuous subsidies to farmers through various means to help them withstand risks on the other. In order to stabilize food prices and protect the food supply of low-income groups, all food sources controlled by the Indian government are price controlled at both the purchase and sale stages. The price control at the purchase stage is called "minimum support price" and the price control at the sale stage is called "centralized pricing". The government's use of a fixed price above the market for wheat for food production has put a tremendous strain on India's finances. In fact, India's finances have long been overwhelmed, and this agricultural reform may be the first step in a series of measures to ease the financial pressure. 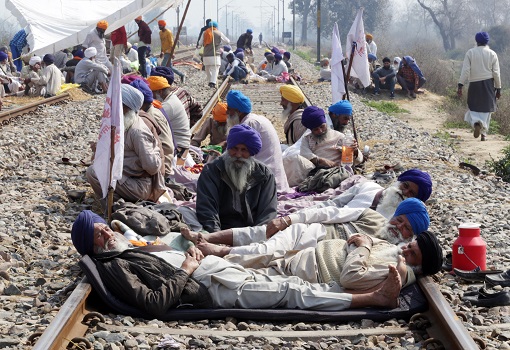 Specific contents of the bills

As early as June this year, the Modi government cabinet has already promulgated these two bills, this time only after parliamentary approval. 2020 version of the Farmers’ Produce Trade and Commerce (Promotion and Facilitation) Bill aims to promote barrier-free trading of primary agricultural products and promote the deep reform of the National Agricultural Produce Market Committee (APMC).

For a long time, Indian agricultural products have been traded mainly in wholesale agricultural markets regulated by the APMC, which requires farmers to trade with licensed middlemen, thus creating a single channel of trade. From an objective point of view, the few intermediaries in fact dominated the agricultural trade for farmers, which led to a "cartelization" of agricultural trade and a significant reduction in effective competition, as well as a significant drop in farmers' income due to commissions and market fees.

The implementation of this regulation means that farmers' access to markets for trading agricultural products has been significantly broadened - farmers are now allowed to trade in "off-site trading areas" such as farm gates, factory buildings, warehouses, depots and cold storage. In addition, agro-processors can offer profitable prices to farmers through other trade channels, facilitating unhindered trade in agricultural products between and within states. The Act also allows electronic trade in agricultural products within designated areas, and any individual can create an electronic marketplace that complies with central government rules, while prohibiting state governments from imposing any marketplace fees on farmers, traders and electronic trading platforms.

The Farmers (Empowerment and Protection) Agreement on Price Assurance and Farm Services Bill 2020 provides the regulatory basis for farmers to better engage in "contract farming" with agribusinesses, processors, wholesalers or large retailers. Under the Bill, farmers will be able to grow their crops under an agreement with a buyer before planting and then sell the produce to the buyer at a pre-determined price. The Act defines promoters as individuals, partnerships, corporations, limited liability groups and societies that can enter into agreements with farmers to purchase agricultural products. The price paid by the promoter to the farmer may be referenced in the agreement, while the agreement must include a guaranteed price if the price is subject to change. The price reference may be linked to the APMC market benchmark price.

In the view of farmers and opposition legislators, this agricultural reform gives big business more opportunities to exploit farmers. This is because the liberalization of agricultural market transactions will likely mean that farmers will lose the minimum purchase price guarantee set by the government. The removal of subsidies would mean that Indian farmers would become vulnerable to risks such as crop failure, weather disasters and the power of capital. It will become easier for large corporations in a dominant position to depress agricultural prices.

On November 26, the day of the anniversary of the adoption of the Indian Constitution, a protest demonstration of such a scale that 250 million people took part in happened, which was the largest protest strike action in history. Major cities such as Mumbai and Kolkata were occupied by workers and farmers who went on hunger strike and sat on the railway lines, making it impossible for large areas of mining and industry in India to carry out normal transportation and eventually shutting down. In addition to the rail lines being cut off, the protesters also shut down the country's oil refineries and prevented the country's oil and gas resources from being transported properly. In addition, a large number of students from Delhi University and Punjab University have arrived at the front line of the protest to join the farmers protesters in their struggle against the Indian government. The Secretary General of the Center of Indian Trade Unions also told the Modi government that the workers and farmers will not stop protesting unless New Delhi corrects the previous agricultural bill, but the protest has lasted for 33 days and the government has not made a compromise, which means that the workers, farmers and students in India will continue to protest and strike. Nearly 50 Indian farmers have died during the protests due to cold, hunger strike, and even suicide by poison.

What is the Best Black Tea?