Today is the 33rd World AIDS Day. The prominent Covid-19 pandemic is adding to the global AIDS epidemic, as all aspects of disease services are being hampered to some degree. 36 countries have reported disruption in provision of ARV services since April. The World Health Organization (WHO) held a webinar today centering on “Global solidarity, resilient HIV services” to honor the health care workers on the front lines of the epidemic, spread awareness, and rally the people of the world to unite in the fight against the disease. WHO Director General Dr Tedros Adhanom Ghebreyesus, President of International AIDS Society (IAS) Dr Adeeba Kamarulzaman, Executive Director of Joint United Nations Programme on HIV (UNAIDS) Ms Winnie Byanyima and many other honourable guests joined this meeting and gave some inspiring speeches. 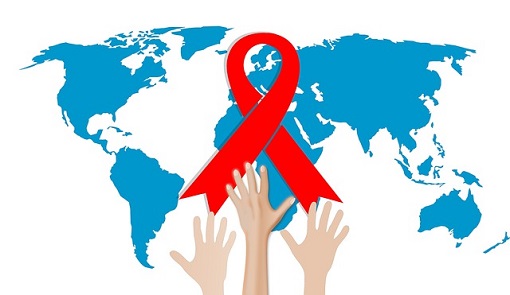 The global AIDS response has slowed down: it’s time now to invest, to innovate HIV services with broader health care and the pandemic response to get back on track to end HIV by 2030. Missing the global targets for HIV for 2020 should not be a setback but a renewed call to do better.

There are many new approaches countries are adopting to ensure HIV care during the pandemic. WHO has recommended multi-month prescriptions of HIV medicines to protect the health of people on HIV treatment and to reduce the burden on overburdened health services.

We urge policymakers to ensure that frontline health workers, nurses, midwives and community health workers are engaged and protected when delivering services for HIV and COVID-19.

We need to ensure that children, adolescents and members of key and vulnerable populations affected by HIV do not fall through the cracks of health care disruptions during COVID-19.  Key populations include people who use drugs, men who have sex with men, sex workers, transgender people and people in prisons that are disproportionately affected by HIV.

Researchers have largely agreed on the origin of human immunodeficiency virus (HIV). Acquired immunodeficiency syndrome (AIDS) is a chronic, potentially life-threatening condition caused by the human immunodeficiency virus. HIV is an animal-derived virus that originates from wild primates in central Africa. This virus attacks and progressively destroys the human immune system, leaving the host unprotected when infected. People who become infected with HIV and die often die from secondary infections or cancer. HIV survives only in living cells in the blood and body fluids, so it is widespread in the blood, semen, vaginal secretions, saliva, urine, breast milk, cerebrospinal fluid, and brain tissue of infected people with neurological symptoms.

The average incubation period of HIV in the human body is 8 to 9 years, and during the incubation period of HIV, one can live and work for many years without any symptoms. Once AIDS develops, patients can develop a variety of clinical manifestations. As the disease worsens, the symptoms increase day by day, such as the appearance of Candida albicans infection of the skin and mucous membranes, herpes simplex, herpes zoster, violet spots, blood blisters, bruises, etc. Later, the disease gradually invades internal organs and causes a persistent fever of unknown origin, which may last up to 3 to 4 months. Despite the efforts of many medical researchers around the world, no specific drug has been developed to cure AIDS, and there is no effective vaccine available for prevention. Therefore, the most important thing to do is to take preventive measures. For patients who are already infected with HIV, antiretroviral therapy, which is the mainstay of treatment for HIV infection, can be used in order to suppress HIV replication as much as possible.68% of adults living with HIV received lifelong antiretroviral therapy (ART) and 59% had achieved suppression of the HIV virus with no risk of infecting others. 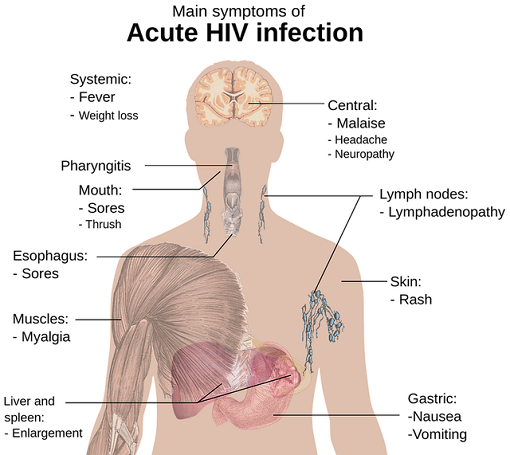 Discrimination against people living with HIV and AIDS has led to a reluctance by many people who have high-risk sex to be tested for the virus, resulting in about 60% of infected people going undetected, which has increased the risk of HIV transmission. Many people have an incomplete understanding of AIDS and treat the disease like a plague. In fact, common contact that does not involve bodily fluids, such as eating at the same table or sharing utensils, cups, basins, bath tubs, toilets, and towels, does not cause HIV transmission or infection.

The UNAIDS 2020 Progress Report shows significant but uneven progress in the fight against HIV/AIDS. Women and girls in sub-Saharan Africa remain the most heavily affected by AIDS, accounting for 59% of new infections globally in 2019 and 4,500 adolescent girls and young women aged 15-24 who become infected with HIV each week. 2019, young women make up only 10% of the population in sub-Saharan Africa, but account for 24% of all new infections in the region. Over two thirds of all people living with HIV live in the WHO African Region (25.7 million). While HIV is prevalent among the general population in this region, an increasing number of new infections occur among key population groups.