Beneath the beautiful waters, there are creatures you may never have noticed. However, they are numerous in number and have high industrial, agricultural, food and medicinal values. 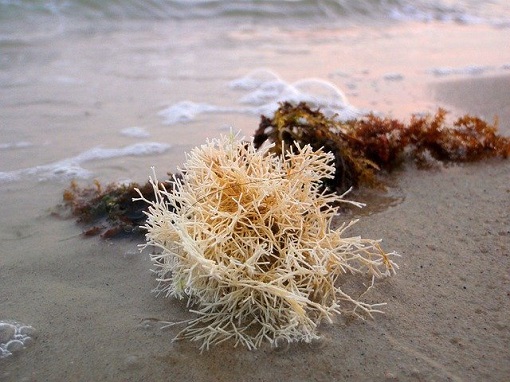 Algae grows in the sea and is the cryptogamous plant of the plant kingdom. It includes several different classes of organisms that produce energy by photosynthesis. It is generally considered to be simple plant, characterized mainly by the absence of vascular tissue and the absence of true root, stem, and leaf differentiation. It also doesn’t have flowers, fruits, or seeds. There is no specialized protective tissues in the reproductive organs, often producing spores or gametes directly from a single cell. It also doesn’t have embryo formation. The algae encompasses a wide range of organisms that vary widely in form and span a wide range of life forms, and has in common, among other things, the ability to live in seawater and to synthesize organic matter through their own internal pigment bodies and through photosynthesis.

Algae grows in shallow areas below the low tide line, where the ocean meets the land, and the impact of waves is milder. Seawater is rich in minerals, and there is abundant sunlight, both red and brown algae, although different in color, contain chlorophyll, which allows them to use sunlight for photosynthesis and food production.

Although algae does not have structures such as flowers, fruits or seeds to reproduce, it has a variety of reproductive methods to adapt to their environment. When the environment is not favorable, some algae may produce dormant spores with thick walls, and when the environment is suitable, they will sprout into new individuals. In terms of sexual reproduction, some algae can produce male and female gametes, which grow into new individuals only after mating.

Some algae are edible and common ones include kelp and wakame.

What can Algae do? 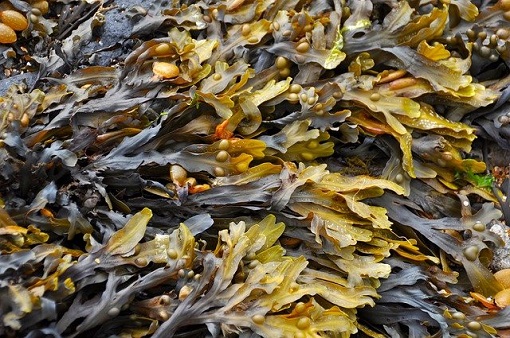 As primary organisms, algae is not only bait for marine animals, but also habitats and breeding grounds for marine organisms. It photosynthesizes and releases oxygen, which is indispensable for the animals to breathe. Algae does not require fresh water, arable land or fertilizer to grow, reducing the need for land and natural resources and eliminating the need for planting or irrigating crops, which is good for the environment. In addition, algae has a high potential to reduce carbon dioxide emissions, for example by helping to solve the problem of pollution from marine aquaculture, and therefore plays an important role in maintaining the marine ecosystem.

Macroalgae are important industrial raw materials from which they can be extracted or used to make iodine, potassium, fucoidan, mannitol, methane, ethanol, light oil, lubricating oil, paraffin wax, rubber, plastics and many other industrial products, and they can also be used as a new kind of bioenergy. American marine scientists have set up an underwater plantation about 100 kilometers from the Pacific coast city of San Diego and artificially transplanted a giant brown algae in water 12 meters deep. The algae grows 60 centimetres a day and is rich in organic matter. This organic matter can easily be converted into the flammable gas methane with the help of bacteria and into a "petroleum-like" product by simple heating. According to expert calculations, an underwater plantation with an area of 4,108 square meters could provide all the oil for a small city of 50,000 inhabitants. A large algae plantation extending 750 kilometers could provide enough methane to replace all the natural gas currently used in the United States. The U.S. Department of Energy Solar Energy Technologies Office is currently expanding experiments to grow this single-celled algae in pools filled with seawater to directly refine gasoline and diesel for automobiles. The European Union's Renewable Energy Directive mandates that the share of renewable fuels used for heavy transport must reach 14 percent by 2030 at the latest. Project staff expect that 3.5 per cent of this will come from advanced biofuels made from algae and that some more 15,000 jobs will be created.

Alginate extracted from algae can be used in the development of marine active pharmaceuticals. Alginate plays a significant role in anticoagulation, reducing blood viscosity, lowering blood lipids, and inhibiting red blood cell and platelet aggregation. Low molecular alginate and alginate are the main raw materials for the production of various therapies for cardiovascular diseases. The raw materials of alginate series can be used to develop anti-tumor, anti-viral, anti-radiation, anti-aging, anti-cardiovascular diseases of marine drugs.

Calcium alginate sponges are used in surgical contact with wounds. The calcium ions in the algae fibers are exchanged with the sodium ions in the blood, which accelerates blood coagulation and scab formation, and at the same time absorbs a large amount of exudate, reducing the number of bandage changes, shortening the nursing time and reducing nursing costs.