Now open the refrigerator at home and see what's in there? Frozen chicken nuggets expired next month, half a pot of chicken soup cooked the day before yesterday, strawberry jam I forgot when I bought it... More or less, there are always some foods in the refrigerator that cannot be eaten in the near future and will not be eaten in the future, and these ingredients often either miss their most delicious period, or they can only be thrown into the arms of kitchen waste or trash cans. Is there no other way to go?

What's wrong with the "first allocation"?

Let's take a look at some contradictory data: the total weight of food discarded in the world is as high as 1.3 billion tons a year, but at the same time, 36 million people die of starvation, and the food wasted is four times the food that the hungry people need. . In Taiwan, each of us leaves behind 96 kilograms of food waste every year, and each family dumps food worth 30,000 yuan directly into the kitchen waste bucket (Note 1) every year... Obviously, often The ingredients that sit in our refrigerators aren't useless, they just need a place where food can be more fully valued.

In a capitalist society, the amount of food we can have and the quality of these foods roughly depend on how much money we have. Through market transactions, food comes to us for the "first distribution". Many people believe that the market mechanism can bring efficient results, but the food wasted and the stomach still hungry tell us that there is something wrong with the distribution system.

The "redistribution" model fills in these gaps, collecting excess food that individuals or groups received during the first distribution and re-delivering them to those in need. Many companies, nonprofits, and even individuals are now using food “redistribution” to try to find a better home for the food that doesn’t exist in our refrigerators.

Two UK organisations save 8,000 tonnes of leftover food every year 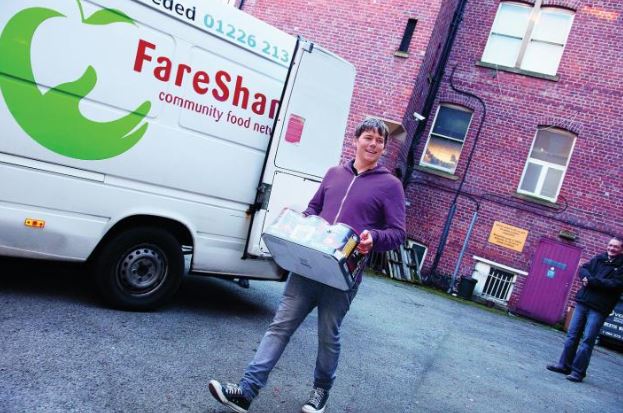 In the process of food redistribution, the role responsible for integrating and distributing food is extremely important. Charities, non-profit organizations, corporations, and individuals take up this position, and redistribution takes on a variety of forms, such as community refrigerators, ready-to-eat meals, leftover parties, and more. Among them, I have to mention FareShare, which was established in the United Kingdom. It shoulders the role of the head of British leftovers and has been committed to food redistribution for more than 20 years.

FareShare adopts the most typical redistribution model. They observed that the British food supply chain wastes at least 400,000 tons of food a year, but charities spend a lot of money to buy food to help the disadvantaged. Therefore, they decided to link supply and demand. end, while reducing food waste and helping charities reduce spending.

FareShare has a total of 20 locations. They collect from manufacturers, suppliers, retailers and other companies good ingredients that are not sold or that do not meet the standards, but can still be eaten with peace of mind. Groups, who are assigned to homeless, elderly or other service objects. For local companies, this not only saves about NT$4,000 per ton in landfill tax and disposal fees, but also improves corporate image, reduces environmental pollution, and practices corporate social responsibility; charities now only need to pay for management The fee goes to FareShare, which saves a lot of money compared to the cost of buying food directly.

In the 20 years since its establishment, FareShare has partnered with more than 1,000 units, serving more than 51,000 meals a day, and its influence throughout the UK, reducing about 8,000 tons of food waste.

Also in the UK, FoodCycle, which has a similar model, focuses more on the "human touch" that accompanies food.

The main force of FoodCycle is the "Hub program". They set up a total of 19 collection stations in various places, integrating surplus ingredients, volunteers and idle kitchens, so that surplus ingredients can be stored in these 19 spaces Transform into healthy dishes. Whoever you want can grab a seat at FoodCycle and enjoy a delicious meal with a human touch.

"Eighty-five percent of people actually come here to make friends. It's not just about eating, it's a place to break down social barriers and build community."

Today, FoodCycle has fed the stomachs of 105,000 people and reduced food waste by 120 tons. 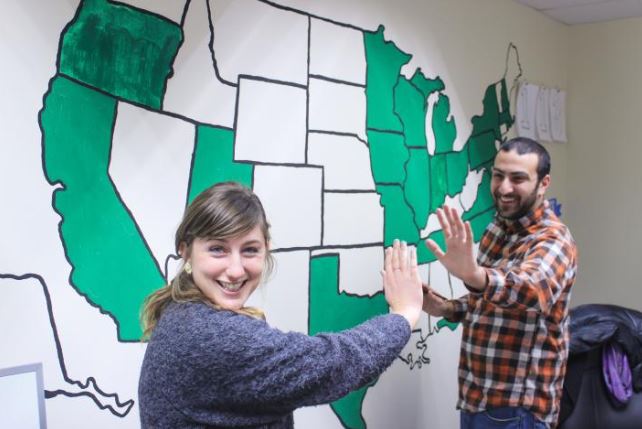 In the United States, students from 150 colleges and universities from the east coast to the west coast are also involved in reducing leftover food and solving hunger. Food Recovery Network is the largest student organization in the United States to combat food waste. They emphasize student self-directed action. Students or faculty members who are willing and able to serve as campus team leaders can apply to set up a new chapter to lead other students to collect the school together. Leftovers from the restaurant are disposed of and then donated to those in need.

The driving force behind the national tandem action is Ben Simon, Mia Zavalij and Cam Pascual. In 2011, they were both still students at the University of Maryland. They accidentally learned that after the campus cafeteria closed, the rest of the food would be discarded, and they were determined to get up and change the situation.

After the Food Recovery Network at the University of Maryland was on track, they asked themselves:

"Decades ago, Maryland didn't have an organization like this, and over the years, thousands of kilograms of food were thrown away every year. What about other schools?"

As a result, this inter-school and inter-state movement began to ferment. They invited students from other schools to join together, and also provided a "club beginner's kit" to facilitate the promotion of the model to campuses across the United States. In the past four years, college students in 37 states have recovered 401 tons of food from the edge of food waste, which is heavier than 100 Asian elephants combined!

Now, does the food in our fridge have a place to go?

Looking back, those foods that have been squatting in the refrigerator for a long time and can only stare at each other every time they open the refrigerator door will have a more suitable place to go in addition to the trash can from now on. Each of us brushes past each other's leftovers every day-maybe my family has a handful of green onions that can't be used up, and you just want to make beef with green onions for dinner..., now in addition to the aforementioned FareShare, FoodCycle, etc. In addition to large-scale leftover collection operations, there are four simple ways to successfully pair us with each other's leftovers:

Make an appointment with friends and neighbors for a day, take out the extra ingredients at home, cook and share together, and have a leftover dinner together. Or cook the leftovers with the volunteers of the “Stone Soup Project” of Life Baishi, and then hand over the leftover bento to those in need. (Gayon in the same field: Don't wait for money to do good deeds - take the recycling now to grandpa and grandma, and use the remaining ingredients to cook a pot of stone soup for homeless people)

2. Store in a "community refrigerator":

In addition to community refrigerators, you can also donate these foods to a food bank. The food bank will organize and contact relevant units on your behalf. Volunteers will deliver the supplies to partner charities and give them to those in need. There are many groups in Taiwan that are implementing similar models, such as Taiwan National Food Bank Association, Nan Airport Happiness Food Bank, Youth Peace Corps Food Bank, 1919 Food Bank, etc.

In recent years, there have been many teams dedicated to solving food waste in Hong Kong. For example, “Fengyu” has set its sights on the leftovers from wedding banquets, cooperates with newlyweds, asks waiters to help pack meals, and distributes the leftovers to those in need.

Five Predictions for Vegetarian Meat in 2022

Home for Sale with Shop on 20 Acres in Missouri Ozarks