Cabbage is a necessity in South Korea because it is the raw material for making kimchi, a staple in Korean cuisine. But this year the supply of kimchi in South Korea ran into big trouble, and the price soared to the highest price ever. 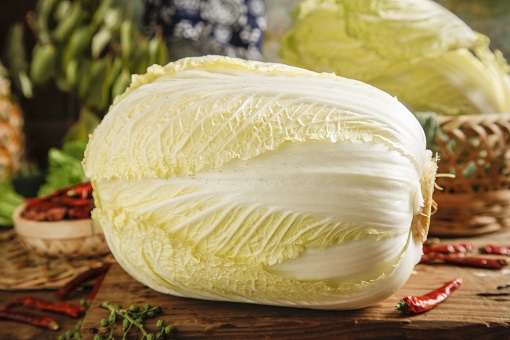 According to a report issued by the Korea Rural Economic Research Institute, due to the impact of the climate, the harvest of Korean peppers this year has been reduced by 50% compared to previous years, resulting in a doubling of prices and doubling of green onions. In particular, the production of cabbage, which is in large demand in the Korean market, has decreased by about 11.4% compared with the same period last year, and its price has increased by 97.5% year-on-year. In some supermarkets in Seoul, a cabbage sold for about 10,000 won （8.7 USD）, and some farmers’ markets even sold out of cabbage.

This price increase is already the second year that Korean cabbage prices have risen. Last year, affected by the typhoon “Lingling”, the affected area of Korean cabbage plantations was about 940 hectares, and the yield was reduced by 10% compared to previous years. With the reduction in the production of cabbage, the transaction price of cabbage in wholesale markets in many regions has risen to 2,100 won per kilogram, and the retail price of cabbage has also risen to 2,500 won per kilogram, which is about twice the previous increase.

The reason for the price increase of Korean cabbage this year is also related to the typhoon. This year’s typhoon “Haishen” moved similarly to the trajectory of “Lingling”, so the severely damaged areas last year were once again affected by the typhoon, and the production of cabbage decreased significantly. The rainy season in South Korea this year is also longer than in previous years, lasting for 54 days, which is not conducive to crop growth.

Coupled with the cause of the coronavirus pandemic this year, the number of cabbage imported from China has been reduced greatly. The domestic pandemic environment also hampered the cabbage production significantly. Yonhap News Agency reported on September 2 that a kimchi factory in in the southwestern county of Cheongyang had found mass infection, and ten tons of kimchi at the factory had been discarded. Some 40 tons of kimchi products that have been distributed to retailers and customers in Daejeon, Jeju, Cheonan and Hwaseong were also planned to be traced and discarded.

Due to the astonishing cabbage price, many families have given up making kimchi this year as the kimjang season (annual kimchi-making season) approaches. The price of napa cabbages is expected to decline starting from mid-October. Prices will be less than half of what they are today by November and December, according to the Ministry of Agriculture, Food and Rural Affairs.

How did South Korea develop agriculture? What is the current situation of agriculture in Korea?