California is located on the Pacific coast of the western United States and is a world renowned wildfire-prone area. According to the California Department of Forestry and Fire Protection (CAL FIRE), California has experienced nearly 8,300 wildfires this year, burning an astonishing 4 million acres. More than 16,000 square kilometers of land have been destroyed and 31 people have died. This year's wildfire destroyed more than 8,200 buildings. Why are California wildfires so frequent? What are the causes of California wildfires? 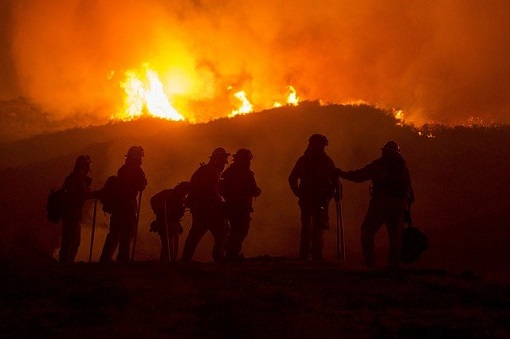 There is no doubt that climate change has played an important role in the number and intensity of these fires. California’s climate has become hotter and hotter in recent years. The vegetation gets drier and easier to be ignited. Summer and autumn has been the peak seasons of California wildfires. From May to October, there is almost no rainfall in California. The dry forests are exposed to frequent thunderstorm and lighting, which can easily cause fires.

Some scholars also believe that global warming makes the original obvious temperature difference between day and night no longer prominent. Even at night, the temperature will not be too low. Strong evaporation and the drier accumulated organic matter together provide a proper environment for wildfires.

California's natural landscape is considerably rich and diverse. Of the 59 national parks in the United States, 9 are located in California. Together with nearly 300 state parks, forest coverage accounts for 45% of California's total area. California's trees are mainly redwoods, black pine, yellow pine, blue oak, etc., which are widely distributed and grow densely. The sequoias growing in the famous Sequoia National Park can reach 93.6 meters in height and have a maximum diameter of more than 10 meters. In the suburbs of Los Angeles, San Francisco and other cities, there are a large number of eucalyptus trees and dense bushes. The flammable pine trees and bushes make California almost a natural firewood stove. 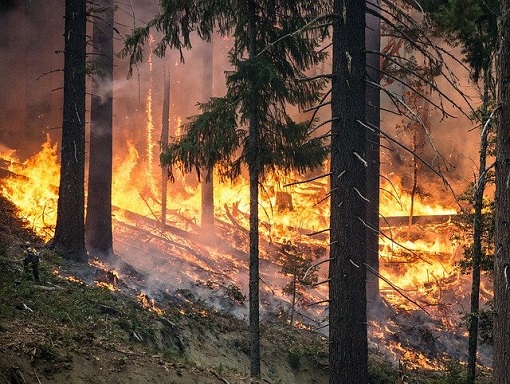 California is densely populated and economically prosperous. Faced with limited urban space and increasing wealth accumulation, people have begun to move to the periphery of the city with more and more wildland–urban interface (WUI) was developed. Due to the high density of vegetation and the lack of separation between houses and forests, these transitional areas between uninhabited wasteland and human developed land pose a high risk of fire.

In addition, California’ warm climate and abundant sunshine attract a large number of tourists to come for vacation and adventure. The dense mountain forest is an excellent environment for camping and adventure, but it is also an important hidden danger of mountain fires. Statistics show that 90% of wildfires in the United States come from human activities such as cigarette butts discarded by people entering the mountains, or bonfires that have not been extinguished in camps.

Because of its natural causes, wildfires are inevitable. Efforts can only be made in preventing and fighting fires. For better fire prevention, planning and systems must be optimized, and the implementation of related forest management measures must be stricter. Despite the introduction of relevant housing and forest fire protection regulations and standards, California has serious deficiencies in specific publicity and implementation. At the same time, there should be more systematic management and planning for houses and households in the interactive zone between urban and mountainous areas, such as clearing dead trees in time, installing fire barriers, and so on.