As we predicted before, after the strict epidemic blockade restrictions that caused the real estate market to shut down in August and September ended, Melbourne's weekend residential auction market rebounded sharply in October

The surge in the number of auctions in October failed to weaken buyers' activities, and the pent-up demand in the previous few months increased the weekend clearance rate, which reached the recent high of over 80% for the first time since May.

The overall liquidation rate of Melbourne's weekend auction in October was 79.1%, which once again greatly exceeded 75.2% in September, and was much higher than 67.2% in the same period last year when the market was also affected by the blockade restrictions.

In October, 4,683 houses were listed in the auction list on Saturday, setting a record of 937 houses auctioned every weekend, far higher than the weekend average of 435 houses in September, and obviously exceeding the average of 190 houses in October last year.

The weekend auction withdrawal rate dropped from 25.9% in September to 12.4% in October—far lower than 46.4% in August, which reflects the confidence of sellers has increased and the market environment is developing normally

The high-end property auction market in Melbourne suburbs has recovered rapidly from the blockade restrictions of previous months, and its liquidation rate also increased in October.

Compared with September, the auction prices of properties in high-end areas in October were generally higher, and the number of listed houses also increased.

Although the number of listed houses rose sharply after the government relaxed the blockade restrictions, the liquidation rate of weekend auction properties in Monington Peninsula remained at a high level in October.

In October, as the local market is in the recovery period after the blockade, the number of houses has increased, and the median auction price of houses is also higher than that in September.

In the weekend auction in October, Rosebud became the most popular suburb for home buyers, and its liquidation rate reached 100%. 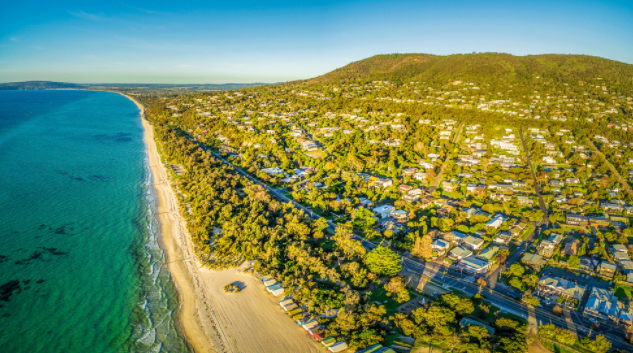 We have predicted that the strict blockade restrictions imposed in the first two months have been relaxed, and a large number of pent-up demands of buyers and sellers have been released, so the Melbourne weekend auction market achieved a substantial rebound in October.

The number of listed houses surged in October, but for the first time on Saturday, the liquidation rate soared to the highest level since the beginning of May-over 80%. In the next few months, there will be several waves of rising housing quantity in the market, but the recovery process of market activities that returned to prosperity in October will continue.

At the same time, considering that the recovery after last year's blockade will reappear this year, Melbourne real estate market is expected to continue to achieve outstanding performance and maintain this momentum until the end of the year This trend will become more obvious because people are usually eager to complete the transactions before Christmas holidays.

After the blockade is lifted, the number of houses in Melbourne's suburban high-end property market and Monington Peninsula market will increase greatly. Although local buyers are happy to see such changes, the continued fierce competition in buying houses may continue to bring upward pressure on house prices.

Last year, the house price rose sharply, but it was still within the affordable range. Therefore, Melbourne's house prices still have the potential to rise In the past four years, the average annual growth rate of house prices was only 5.2%, the lowest level among all capital cities except Perth. This performance fully reflects the impact of the blockade policy implemented in the past 18 months on the Melbourne market.

In addition, the housing loan restriction measures recently implemented by the Australian Prudential Financial Regulatory Authority (Asia-Pacific Regional Office), a large bank financial regulator, are unlikely to have a significant impact on the Melbourne market, but we should still pay close attention to various intervention policies introduced by relevant institutions in the future.

However, At present, Melbourne's real estate market has fully and fully recovered the catch-up mode before Christmas