The epidemic situation of coronavirus and the global economic environment has gradually improved, and the Philippine economy, which has gradually emerged from the epidemic haze, has continued to recover. In the third quarter of this year, the local gross domestic product (GDP) increased by 7.1% year-on-year, higher than the 6.2% originally expected by the Central Bank of the Philippines and 4.6% to 6.5% expected by other economic institutions.

According to the data of the National Bureau of Statistics of the Philippines, the main industries driving economic growth in the third quarter include wholesale and retail, vehicle and motorcycle repair, manufacturing, and construction. 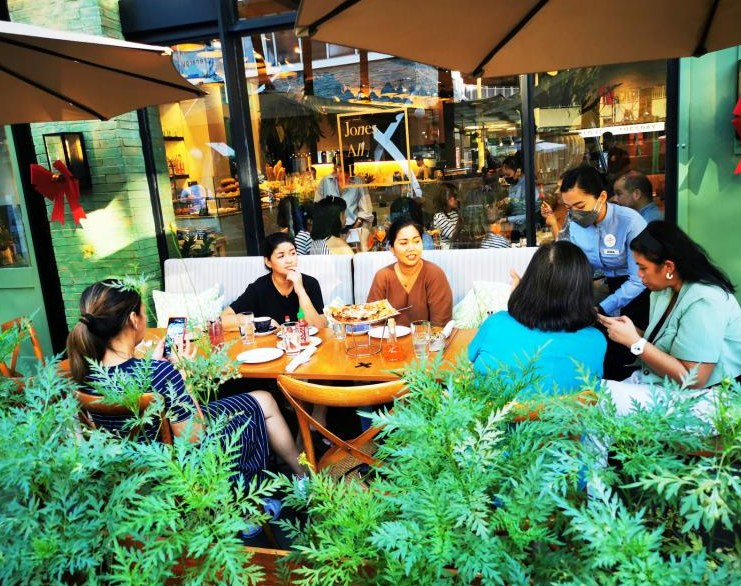 Cai Rongfu, Minister of Social and Economic Planning of the Philippines, pointed out at the press conference that the highly contagious delta virus strain caused a new outbreak in the third quarter, and the country implemented strict epidemic control measures and alleviated the epidemic while maintaining economic growth.

After the crown disease epidemic that started last year caused the Philippine economy to shrink for five consecutive quarters, it finally began to rebound in the second quarter of this year, rapidly rising to the highest point of 12%.

However, the epidemic situation in the Philippines deteriorated sharply in July, with the daily confirmed cases of the crown disease reaching a new high. In August, the Manila region with a population of 13 million and neighboring provinces resumed strict measures of "strengthening social isolation", resulting in a large number of people losing their jobs. Originally, the market did not expect too much from the growth data of the third quarter.

According to the Bureau of Statistics, the unemployment rate in the Philippines climbed to 8.9% in the third quarter, the highest in eight months. The economic output value of Metro Manila accounts for about 30% of the country. In order to ease the situation, the authorities have gradually relaxed epidemic prevention measures since September.

Cai Rongfu said that although the economic growth in the third quarter was slower than that in the second quarter, the Philippines is still expected to achieve annual economic growth of 4% to 5% this year. This is because the epidemic situation of crown disease has gradually improved and the local vaccination rate has been increasing, which has provided favorable conditions for economic growth in the fourth quarter.

Economists predict that the Philippine central bank will maintain a low-interest rate.

Economists predict that as the national economy has not fully recovered, the Philippine central bank will continue to maintain the lowest interest rate ever. Last November, the central bank announced a rate cut of 25 basis points to 2% to cope with the impact of the crown disease epidemic on the economy. In June this year, the central bank announced that it would continue to adopt a loose monetary policy before the end of the first half of next year to ensure a complete economic recovery. Zheng Ruan, a senior analyst of emerging Asia at France Foreign Trade Bank (Natix) in Hong Kong, told Bloomberg: "We don't think the Philippine central bank will raise interest rates at this time to stimulate demand."

Locke, the spokesman of the Philippine Presidential Office, said that the Duterte government, especially its economic team, is optimistic about the sustained recovery of the Philippine economy, and the reopening of more industries will make the economy grow more "rapidly and inclusively".

In terms of crown disease data, the Philippine Ministry of Health reported that there were 2,646 newly confirmed cases in the local area yesterday, with a total of 2,809,311 cases. The number of deaths increased by 99, with a total of 44,665 cases.