Talking about Canada, what would be the first things pop into your head? If maple syrup is not in your answer list, you sure need to know more about this most specialized product in Canada.

The history of maple syrup in Canada can be traced back to the early 18th century. The Indians at that time accidentally discovered that sugar maple trees can produce syrup. It is said that an Indian chiseled an axe into a sugar maple tree, and a woman was cooking with fire nearby. The sap of the tree flowed into her pot. People found that this kind of juice is so delicious, so they began to collect a lot of this sweet sap and boil it into thick syrup.

Maple syrup has now become a status symbol of Canada. There is a sugar maple tree in the center of the Canadian flag. But maple syrup not only has a cultural influence on Canada, it is also indispensable to Canada economically. Now 85% of maple syrup in the world comes from Canada. Maple syrup has also become Canada's largest foreign exchange earning product. According to Statista, Approximately 13.2 million gallons of maple syrup was produced in Canada in 2019, up from 9.8 million gallons the previous year. Exports of maple products from Canada amounted to approximately 323.92 million U.S. dollars in 2019, an increase from around 323.92 the previous year. The largest share of Canada’s maple product exports are destined for the United States. Other leading destinations include Japan, Germany and the United Kingdom. 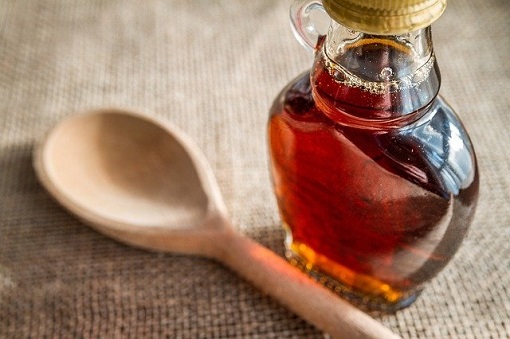 Collecting. Maple syrup is made from Canadian maple sap. Maple trees grow in a healthy natural environment. The roots of the maple tree slowly absorb natural sugar and water and combine them into slightly sweet maple sap. By the time everything comes back to life in the spring, the rising temperature gradually causes pressure to the tree that pushes the water back down to the bottom of the tree. The maple sap is slowly discharged and flows through the tank to the prepared storage house.

The sap is gathered over 4-6 weeks, usually between early March and late April, according to the region. Sugar maple trees of 30-40 years old are usually selected. Each adult sugar maple can produce up to 12 liters of sap per day, and 35 to 50 liters per year, accounting for 7% of its total juice.

Evaporating. Maple sap is boiled in a place called sugar house. The top of this house has vent holes for the steam generated during the cooking process to escape. The processing of maple syrup has been gradually streamlined since the colonial period, but the basic processing methods still adhere to the tradition. The collected maple sap needs to be distilled without chemicals and preservatives. Generally, an open flame about 4 degrees higher than boiling water is used to heat maple sap. One liter of syrup often requires 20 to 50 liters of original maple sap to be made. The distillation process can be completed at one time, or the sap can be poured into a smaller container for facility. The distillation process needs to be strictly controlled to ensure the proper sugar content. Excessive fire will lead to sugar crystallization, while under fire will result excessive water content. The sweet syrup is further boiled in the evaporator to the temperature necessary to produce the different types of maple products. Sugar sand formed by calcium compounds and sugar in the syrup needs to be filtered out. Sugar sand is non-toxic, but it will affect the taste of maple syrup.

Packing. Distilled maple syrup needs to be graded and filled hot, usually at 82 degrees Celsius or higher. After the bottle was sealed, it was turned upside down immediately because the temperature can help sterilize the cap. According to different capacities and buyers requirements, the sellers choose different materials for packaging. Metal, glass and coated plastic are the most common. 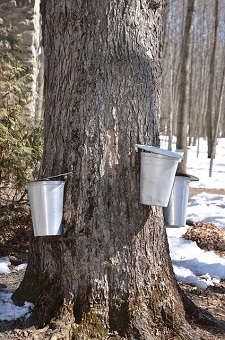 The color and taste of pure maple syrup varies during the sugaring-off season. Early on, the syrup is usually clear with a slightly sweet taste. Later in the season, the syrup becomes darker and more caramelized.  Maple syrup is classified based on its color and flavor, allowing foodies and cooks to make their choice based on their intended use.

Most Suitable Areas For Buying Houses In Canada

How Long Can a Lizard Live Without Food?

A Step by Step Guide to Nerve Plant Propagation