What is rural complex?

Singha Farm, friends who have traveled to northern Thailand, must have heard of it. Although Thailand does not have the concept of an rural complex, Singha Farm can be called a successful rural complex.

Singha Park, also called Boon Rawd Farm, but most of them are called Singha Farm. It is located in Chiang Rai, the northernmost of Thailand. It is located in a mountainous area 400 meters above sea level. The entire farm covers an area of approximately 13 square kilometers. Singha Farm has a certain history. More than 20 years ago, the former king of Thailand visited Chiang Rai and saw poverty and backwardness and lack of employment opportunities, which caused most mountain farmers to grow opium poppies for a living. The king of Thailand was very worried and discussed the development plan of Chiang Rai with major Thai companies, and the Singha Group subsequently subscribed for the land.

People who have been to Thailand are no strangers to the three major beer brands Leo, Chang and Singha. The Singha Group is the planner, builder, and operation manager of Singha Farm. Initially, the Singha Group planted barley here and established a beer factory, which was not open to the outside world. It was not until 2012 that it was transformed into the current Singha Farm and opened to tourists.

The current Singha Farm has diversified crops. Strawberries, blueberries and tea are also exported to Europe, and the economic benefits are considerable; Singha Group is responsible for the research and development, investment, marketing and logistics of agricultural products, and the project employees and the community benefits from it. There is a processing plant on the farm, and the products are sold on the farm except for export. 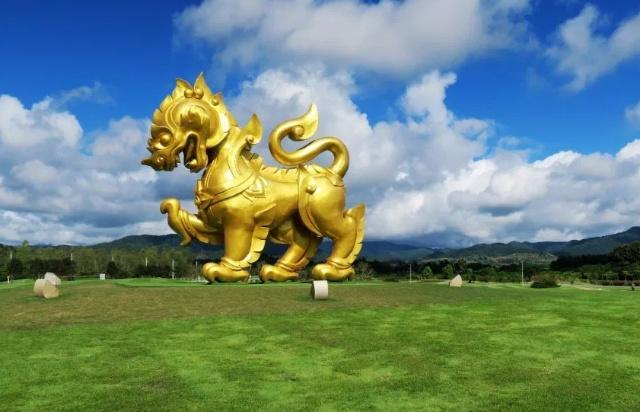 The car is driving on Thailand Highway 1211, and there are no notices on the road, but it will definitely be shocked by the golden lion in the sun. This is the fascinating place of Singha Farm. The giant lion is the trademark of Singha Group, and it is also the best sign of Singha Farm. Not far from the giant lion is the tourist service center, which brings convenience to tourists. The farm is well-connected with roads, connecting all sightseeing spots, and bicycles and sightseeing cars are free to come and go. This unique farm receives more than 1 million tourists every year. 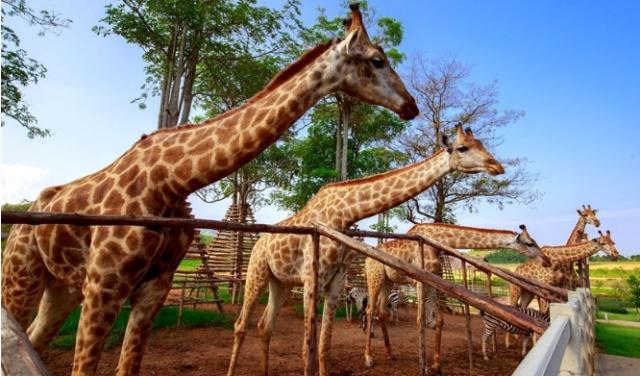 There are as many as 1,200 employees on the farm, all from the surrounding farmers, including the Akha, Lahu, and Thai. Their salary on the farm is higher than that in the village. The goal of Singha Farm is dedication and dedication to the local community. The farmers here have the opportunity to benefit from the commercial success of the Singha Group. The Singha Group is not an intermediary. They share these benefits with the farmers. Singha Farm has changed the local farmers. They also have good living conditions like other places. Because of this, Singha Farm has repeatedly received awards from the Thai Ministry of Agriculture. 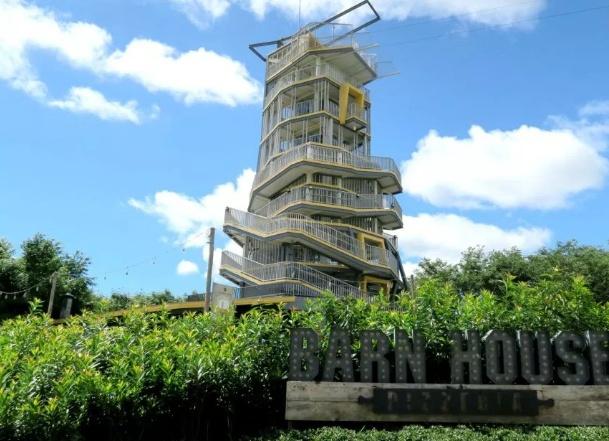 Sitting on a land of nearly 13 square kilometers, Singha Farm provides opportunities and assistance for local agricultural workers, and has obtained extremely high economic and social benefits. It is worth learning and learning from, tea gardens, rice fields, wheat fields, strawberry gardens, parks, Zoos, processing plants, restaurants, amusement projects... are all linked together. Modern agriculture, processing industry, and tourism are mutually integrated. Enterprises provide platforms and high-end resources. Farmers fully participate and benefit. This is a rural complex and a successful one.